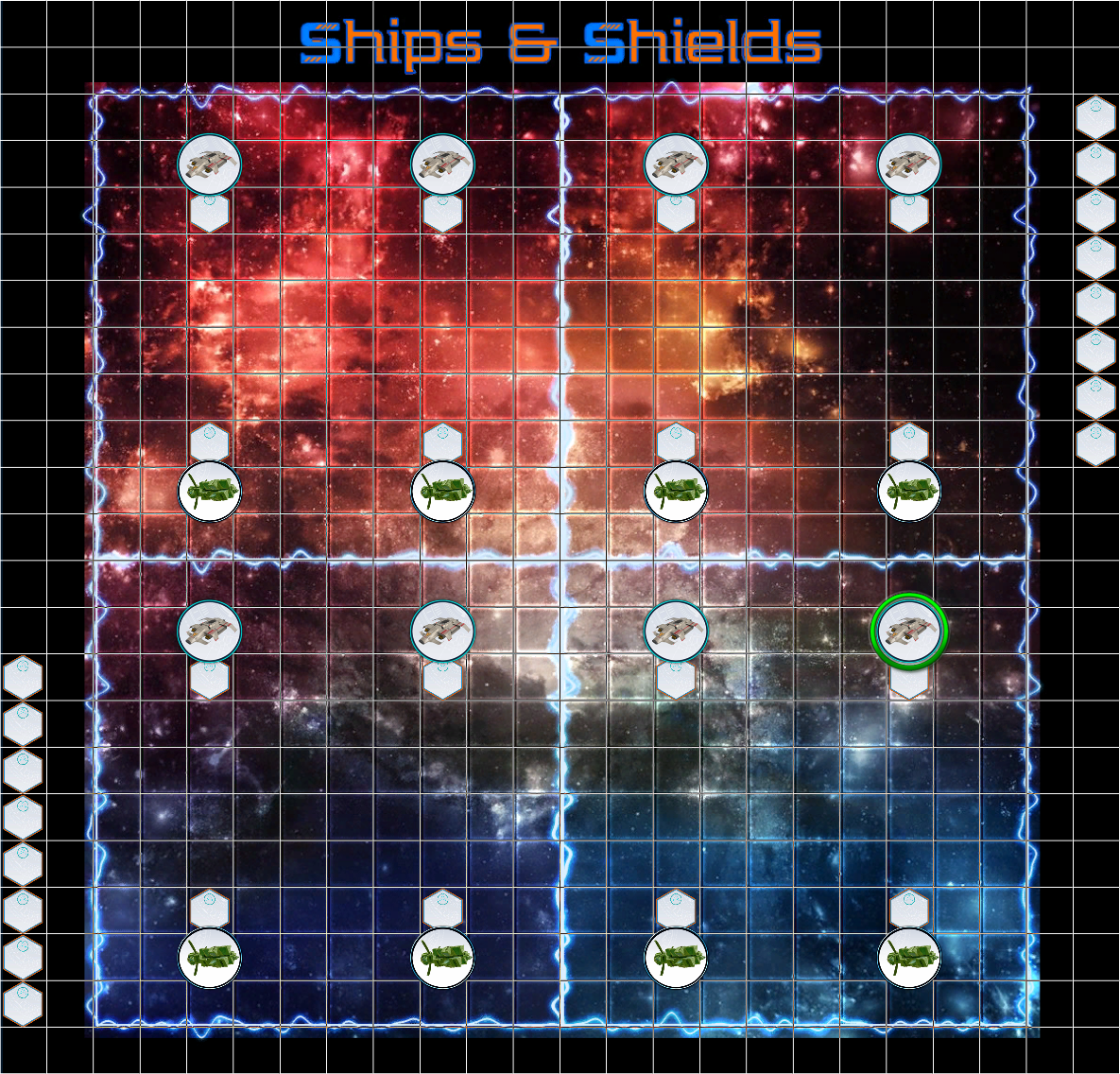 I play a weekly game of Starfinder with a few friends. The players were waiting for a meeting at an alien military installation. I wanted some strange alien strategy game to describe to the players for flavor.

I have access to OpenAI, so why not ask the AI to make one for me?

You can download the latest version of the edited rules posted here for those who want to see the final edited game.

The crew of a spaceship is about to encounter a dangerous military like alien race. he alien race is not hostile, but the mood is very tense. The aliens challenge the crew to a game of strategy or skill to determine the outcome of the encounter. Describe the rules for a unique simple strategy game the crew must play:

The AI came back with a cool name, but the rules sounded a little too simple.

The game is called "Ships and Shields". It is a two-player game, with each player taking turns.

The game is played on a square board, divided into four quarters. Each quarter has four spaces.

The objective of the game is to protect your spaceships and to capture your opponent's spaceships.

On each turn, a player can move one piece one space in any direction. Capturing an opponent's piece is done by moving a piece over it.

So I asked the same prompt again. This time the AI came up with a completely different game, but it was a bit too random to be strategic.

The game is a simple one of chance. Each crew member will take turns throwing a six-sided die. The alien captain will also throw a die. The highest number will win the round. After each round, the winner will get to choose from three choices:

1. They can take the prize from their opponent.

2. They can move their opponent one space closer to their side of the board.

3. They can challenge their opponent to a rematch.

So I cut & pasted the rules together and mashed them into one neat strategy game keeping the name Ships & Shields. A basic concept was there, but I tweaked and expanded on it a bit for fun & clarity.

This may be the world's first AI-generated board-game concept. What do you think? Would you play it? Do you want to play it against me online? Reach out to me on Twitter @kallussed, and I'd be happy to do a live charity stream where we playtest this game together.